Got back into the hobby 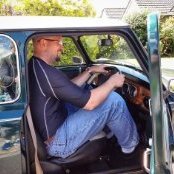 By Squawk,
January 23 in Modellers